Columbus County is located in southeastern North Carolina and is under an hour’s drive from local beaches. 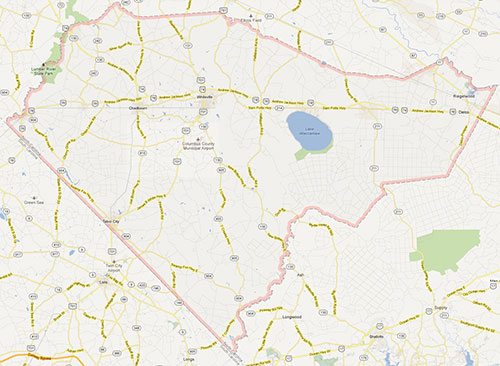 Population as of the 2010 Census

Columbus County, NC, gets 50.2 inches of rain per year and the annual average tempature is 62.9 degrees.